Description: Since the beginning of the protests against police brutality and systemic racism spurred by the murder of George Floyd, propaganda and social media posts calling for violence against white people have been falsely linked to Black Lives Matter or antifa. This disinformation serves to exacerbate divisions in a time of heightened racial tension and seems to be an attempt to mischaracterize the Black Lives Matter movement as a violent extremist movement.

In late May, a threatening social media post from the account “Blacklivess [sic] Matter” stated, “WE WILL BE ASSASSINATING WHITE FAMILIES UNTILL JUSTICE IS SERVED!!!” Snopes described the post as “clearly a hoax” and confirmed that Facebook had removed the fake account behind the message. In another apparent hoax, a flier with a Black Lives Matter logo stated, “White men women and children You are the enemy!” and “Hate is OK if directed at WHITE FAMILIES.” The ideology and rhetoric espoused on this flier do not align with any official Black Lives Matter positions. According to Snopes, posts which included this flier were first found on a Twitter account propagating the right-wing conspiracy theory QAnon on June 11, before being quickly disproven. Weeks later, however, the flier continued to appear, including in a post by conservative pundit Tomi Lahren, who decried it as “repulsive” in a June 28 post. 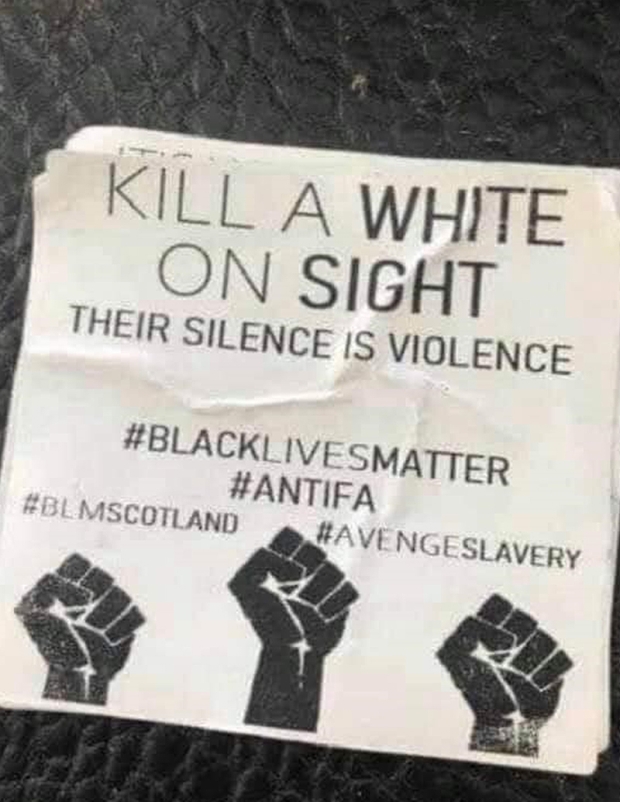 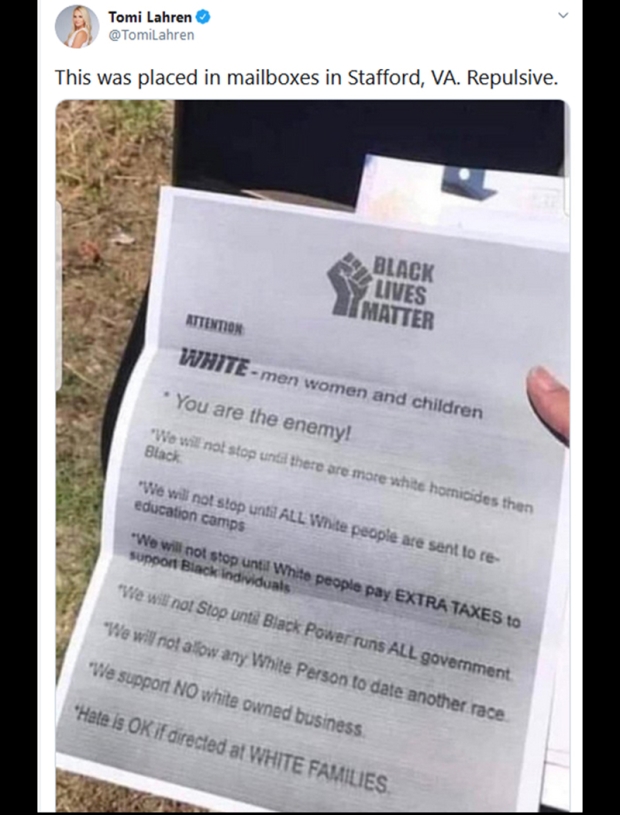