New York, NY, November 8, 2020 ... ADL (the Anti-Defamation League) announced today that Kenneth C. Frazier, Chairman and CEO of Merck & Co., Inc. is this year’s recipient of ADL’s Courage Against Hate Award for using his platform to speak out on behalf of marginalized communities and serving as an exemplary role model for corporate leadership.

Frazier is a leader who has demonstrated that the business community has a responsibility to make the world better for all people. The award is being presented at ADL’s annual Never Is Now Summit on Antisemitism and Hate, which is being held virtually this year, at the Opening Session on November 8, where Frazier will also deliver the keynote address. 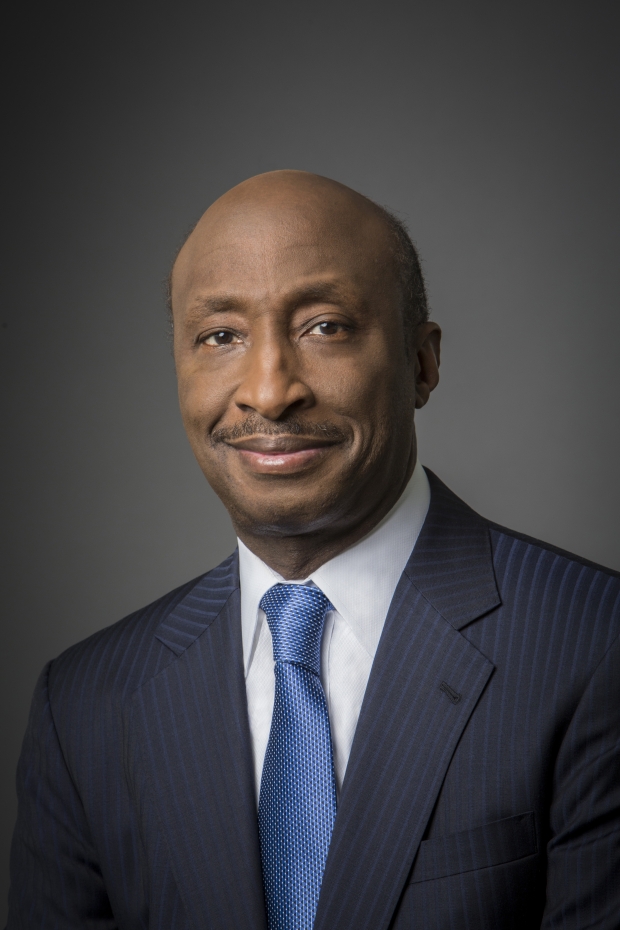 ADL established the Courage Against Hate Award to recognize courageous and visionary leaders from the private sector who are dedicated to fighting hate for good, boldly use their personal and professional brands to that end and inspire others to actively work to make the world a better place.

“Ken Frazier has repeatedly led by example when it comes to speaking out on behalf of marginalized communities in this country and standing up for what he believes in,” said Jonathan A. Greenblatt, ADL CEO and National Director. “If all corporate leaders felt the same responsibility to take a stand against intolerance and extremism, the world would be a safer, more inclusive place for all.”

Frazier has repeatedly used his platform as a corporate leader to speak out and stand firm against hate. For example, in the wake of the deadly Unite the Right rally in Charlottesville in 2017, where white supremacists marched and clashed with counter-protestors, he took the bold step of being the first CEO to leave the White House business advisory council after the president’s remark that there were “good people on both sides.” Frazier said that, “America’s leaders must honor our fundamental values by clearly rejecting expressions of hatred, bigotry and group supremacy, which run counter to the American ideal that all people are created equal.”

And following the tragic murder of George Floyd at the hands of police in Minneapolis earlier this year, Frazier called for unity in the face of injustice, making a strong statement that George Floyd “could have been me” and offering up concrete actions the business community could take to tackle systemic racism, such as addressing joblessness. “What the African American community sees in that videotape is that this African American man, who could be me or any other African American man, is being treated as less than human,” he said.

“To achieve meaningful change when it comes to systemic racial injustice in America, which can be seen through disparities in education, housing, employment, law enforcement and opportunity, in general, we will have to take uncomfortable steps,” Frazier said in accepting the ADL award. “We’ll need the courage to face the unpleasant truths about our history of racial inequality in order to help move our society past inequity and division rather than leaving this for future generations.”

Frazier has served as chairman of the board and chief executive officer of Merck since 2011, the first African American man in a leadership role at a major pharmaceutical company. He joined the company in 1992 and has held positions of increasing responsibility including general counsel and president. Prior to joining Merck, he was a partner with the Philadelphia law firm of Drinker Biddle & Reath.

ADL’s Courage Against Hate Award, presented in its first two years to Apple CEO Tim Cook and Chobani CEO and Founder Hamdi Ulukaya, honors visionary leaders who promote understanding and unity in a complex world. Recipients exemplify ADL’s core values, including courage, collaboration, inclusion and integrity. The award recognizes leaders who not only fight against hate but inspire others to do the same.

Never is Now is the leading summit in the world focusing squarely on understanding the drivers and dynamics of antisemitism and all forms of bigotry in the world today. Last year nearly 2,000 people – students, social activists, civil rights leaders, community groups, government officials, legal professionals and others – attended the event live at the Javits Center in New York City.